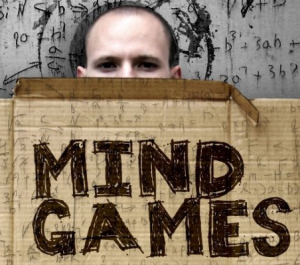 Mystery shopping is unique. It’s the only technique in the CX toolbox that can objectively measure the end-to-end customer experience. Whilst customers can feed back based on sentiment, they don’t have the trained eye to provide that micro view that shoppers look for.

But companies are becoming more demanding. Simply feeding back on performance is no longer enough. Identifying how to improve performance on the key metrics is often as important as the data collection/reporting process itself. If you’re looking to maximize the value of mystery shopping, by moving from identifying the problem to providing the solution, psychology may be the answer.

As a youngster, I discovered that I was naturally good at ball sports. On any given day after school, you’d be almost guaranteed to find me in the local park with my friends, wielding a rounders bat, kicking a football, or doing my best John McEnroe impression on the tennis courts. I was always the first in my class to be picked for the sport teams. And I didn’t need to practice too much, because I was naturally good!

Then everything changed one year, when I went with my parents to an Open Day for what was to become my new school. During the tour of facilities, I confidently walked up to the side of the courts to watch the school tennis team in action. I remember just standing there in disbelief. They were all clearly better than me! The captain was asked to talk to me to give me some more information about the team that I’d expressed an interest in joining. I was told that they practiced together 3 evenings a week, all had individual training programmes in place, and had a collective goal to be national school champions within the next 3 years. I was stunned into silence, what was I going to do?

I’ll tell you what I did; I practiced my tennis at every opportunity I got for the next 6 months. And when I tried out for the school team, I got picked! And I was part of a team that was crowned national school champions 2 years later.

The team’s influence drove me to push myself harder than I would naturally have done on my own.

My experience aligns with a number of studies in social psychology and behavioural economics, which document our tendency to be strongly affected by the behaviours and decisions of our peers. Indeed, interventions using “social norms” to change behaviour are now commonplace, from encouraging us to use less gas or electricity (“Your electricity usage last year was 20% higher than the average for your neighbourhood”), through to re-using our hotel towels (“90% of our guests supported our environment programme by re-using their towels last month”).

But recent research suggests that our peers’ influence on us is not always so straightforward: sometimes when we see what our peers are doing, we don’t follow in their footsteps.

John Beshears, James J. Choi, David Laibson, Brigitte C. Madrian, and Katherine L. Milkman provide a fascinating example of how telling people what their peers are doing can induce people to change their behaviour in surprising ways, in their paper, “The Effect of Providing Peer Information on Retirement Savings Decisions,” published in 2015 in The Journal of Finance.

The authors conducted a field experiment at a manufacturing firm, in which individuals who were not participating in the firm’s retirement savings plan, or were participating at low levels, were encouraged to increase their contribution rates. The experiment was relatively simple: some workers received a letter without any peer information, and others received an identical letter, but with peer information included. The wording used was “Join the 87% of 25-29 year old employees who have already enrolled in the plan”.

Given the power typically ascribed to social norms, one might expect this peer information to motivate people who didn’t previously save through the plan to increase their contributions. After all, surely no one wants to be left behind by the crowd? However, what the authors found is precisely the opposite.

When those who weren’t previously saving in the plan heard about how many of their peers were involved, they saved less than if they had not been told this information. Indeed, the difference was strongly significant, statistically speaking. The peer-information-free version of the letter induced 9.9% of recipients to sign up for the plan, while only 6.3% of those receiving the peer information letter signed up. Furthermore, the greater the percentage of one’s peers who were revealed to be saving for retirement, the less likely an individual was to start saving in the plan themselves.

It turns out that using peer information as a tool for behaviour change can have an unanticipated effect: it might actually discourage people from improving, rather than encourage them to catch up to the pack. This result has its roots in work on demotivation and self-efficacy, where research suggests that people may avoid activities for which they feel the gap is too wide, which makes them feel poorly equipped to compete.

This paper is not alone in finding evidence of adverse effects from peer and social information campaigns. In a recently published paper in the Quarterly Journal of Economics, (available here), Leonardo Bursztyn and Robert Jensen found that the introduction of a “performance leaderboard” into computer-based high school classrooms resulted in a 24% decline in overall performance. A significant number of children felt they could not compete – that the gap was too wide – and so they switched off, and stopped pushing themselves to improve.

But more immediately, let’s embrace the concept of using social norms to change behaviour for the better. The most obvious place to focus is in relation to the setting of mystery shopping targets. Setting targets can encourage store teams to strive to perform better, much as I did when faced with the challenge of getting picked for my school tennis team.

But by using the research I’ve focused on in this article, we can educate our clients, be they internal or external, to set realistic targets, ones that the store teams believe are attainable, because the gap between their current performance and the target isn’t considered too wide.

This idea is perfectly supported by recent research conducted by Alice Hsiaw and Matthew Harding. The research (available here), presented evidence that as part of a Northern Illinois goal setting programme, residents who chose realistic savings goals achieved 11% savings versus a 4% average, which was negatively impacted by those who set low or extremely high savings goals.

This strongly suggests that people are much more likely to improve their behaviour in the face of realistic goals than unrealistic ones. Simply put, a team of people are more likely to strive to achieve a target that they feel is within their reach, than one that is not.

Now that we understand more about the principles of target setting and frontline engagement, we can more confidently advise our clients which type of targets/reports are most likely bring about improvement. The list below will serve as a good starting point:

No one wants to get left behind by their peers – maybe knowing that you stand a chance of catching up is a key motivator to roll your sleeves up and start improving. It worked for me, and it can work for your clients too. By making their mystery shopping programme an even more powerful tool to help bring about positive change.